It can be very upsetting to see your Jack Russell stressed. You want to help them and calm them down but sometimes it just seems nothing works. It is important to be able to read the signs and their body language in order to be able to identify the cause or the situation that is causing them to be stressed so you can deal with it at the root.

Signs your Jack Russell is stressed

A stressed Jack Russell Terrier may not always seem to us that they are stressed. Although some signs such as trembling or whining are obvious, there could be smaller, not so clear signs that could be easily missed or misread as something else, such as yawning for instance.

it is key to spot the signs early. By spotting the signs that your Jack Russell Terrier is stressed early on can sometimes make it easier for you to help them by addressing the problem early on before it snowballs and they become too stressed. You maybe able to take them out of the situation or distract them before it becomes too much of an issue.

Lets take a look at signals and signs to look out for a stressed Jack Russell.

Yawning – it might sound strange, but yawning is often a sign of stress. If your dog is yawning at a time when they are not tired or relaxed, it usually is the early stage of being stressed or the stress levels are not sky high. By recognising this stress sign early on may give you the chance to help them

Licking lips – Small licks of the lips in multiple succession, is again usually an early sign of stress and a good time to start intervening to help your Jack Russell.

Tail tucked between legs – this is often just associated with submissive behaviour however it can also be a sign of stress. The rail tucked between their legs can also sometimes be accompanied with them try to reduce their size by lowering their bodies.

Ears pinned back – when the ears are pointing more towards the back and slightly pinned back against the head.

Whale eye – this is where there is more white (around the iris) in the eye is more visible. As though the eyes are bulging.

Trembling – When your Jack Russell is trembling it often is hard to witness as the stress levels are so obviously showing. Often you can see them tremble if they are scared of loud noises such as fireworks.

Destructive behaviour – this can manifest itself in different ways but can include destroying of cushions, curtains, furniture, toys etc.

Your stressed Jack Russell Terrier maybe showing one or several of these signs at once, however in identifying these signs you can then identify what is causing them to be stressed in the first place.

Once you have learned to identify that your Jack Russell Terrier is stressed and not just playing up you can start identifying what is causing them to be stressed.

There are a vast array of causes but some the common ones are:

Past abuse – Just like humans, dogs can suffer from past trauma. It could be a one off event or a series of experiences in the past that is causing them stressed when they have to relive it.

Loud noises – a very common cause of stress in dogs is loud noises, particularly fireworks. It is really important to take measure to help your Jack Russell if they are affected by fireworks as this can be very traumatic for them. It can also be a prolonged experience especially in cities as fireworks are going off night after night around fireworks night on the 5th November.

It is important to identify the cause of the stress so you can look to solving the problem at the root.

How to calm down a stressed Jack Russell

We have looked at how to read the signs of stress in dogs and what causes it. Now let’s look at how to calm down a stressed Jack Russell.

Touch -simply stroking your Jack Russell and reassuring them that it’s going to be OK is a good start. This alone probably won’t work if they are really stressed but it is a good starting point especially early on.

Exercise – a run around the park or a high intensity play will be an excellent distraction and can help in relieving their stress. As well as a distraction from what ever it is that is stressing them out, It also expends some energy and will make them tired and hopefully help them get some shut eye.

Oils and aromatherapy – can be really effective at reducing stress and anxiety by promoting  a feeling of calm and relaxing them. The book Help Your Dog heal Itself is a great place to start if you are new to essential oils and aromatherapy for dogs.

Thunder shirt – The thunder shirt works really well for stressed Jack Russell and is specifically designed for dogs who are stressed or have high anxiety.

Distraction – although this usually only work momentarily you can try distracting them with tests. What works especially well are (Calming treats) link. Combine it with a quick training session by going through the basics for even more of a distraction for them.

Be calm around them – this may sound unimportant but being calm around them can help as they are very good at reading us humans. If you yourself are stressed or angry then that will increase their stress levels.

A safe place – having a safe place for them to go to when they are stressed, unsure or just need a bit of space is fantastic for them. It offers them a place they can get away from stressful situations. You often see this when there are fireworks or thunder, and they try and hide under tables or small hiding places. Using a crate that is open door ( we do not recommend using a crate with a closed door) works really well for this. You can cover the crate with a blanket along with their favourite bed inside giving them a really hidden, secure place that they feel is theirs. You can get done good quality crates from amazon here 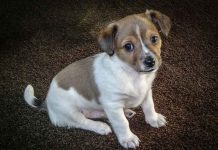 How to Socialize a Jack Russell Puppy 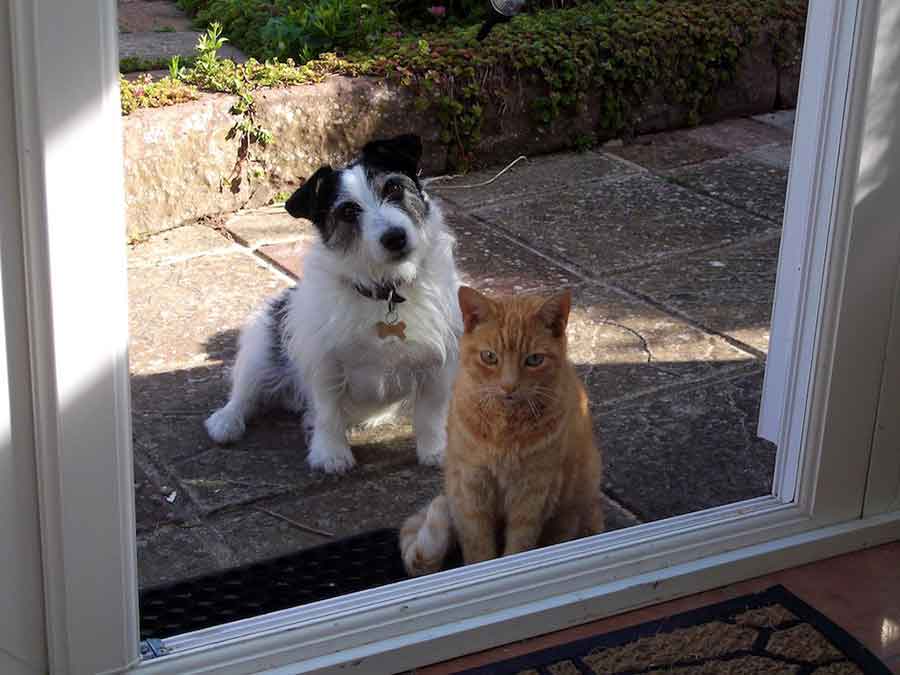 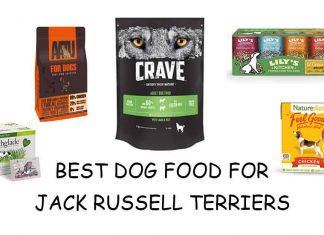 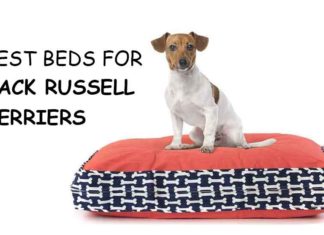 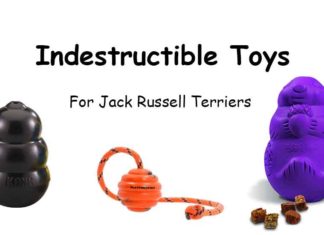 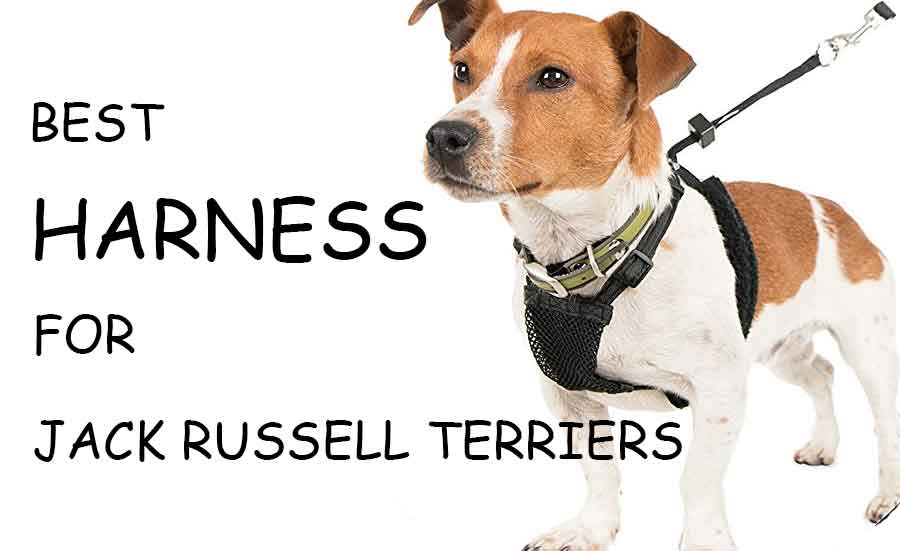